Join us for a Heartfelt High Tea at Ronald McDonald House at Casa Elda Vaccari in support of seriously ill children and their families. You will be treated to a glass of champagne on arrival whilst enjoying a tour of the of the iconic, grand building which is now a home away from home for up to 25 families each night. It will be an afternoon full of sweet treats, inspiring stories and quality time with those you attend with – topped off with a glamorous goodie bag to remind of you the fun filled day!

Elly Wicks, Channel 7 television presenter, is  proud to host our Heartfelt Hightea. As an ambassador for RMHC VIC & TAS, she is passionate about our mission and helps raise awareness for families of seriously ill and injured children that need critical care and treatment. Elly looks forward to welcoming you on the day! 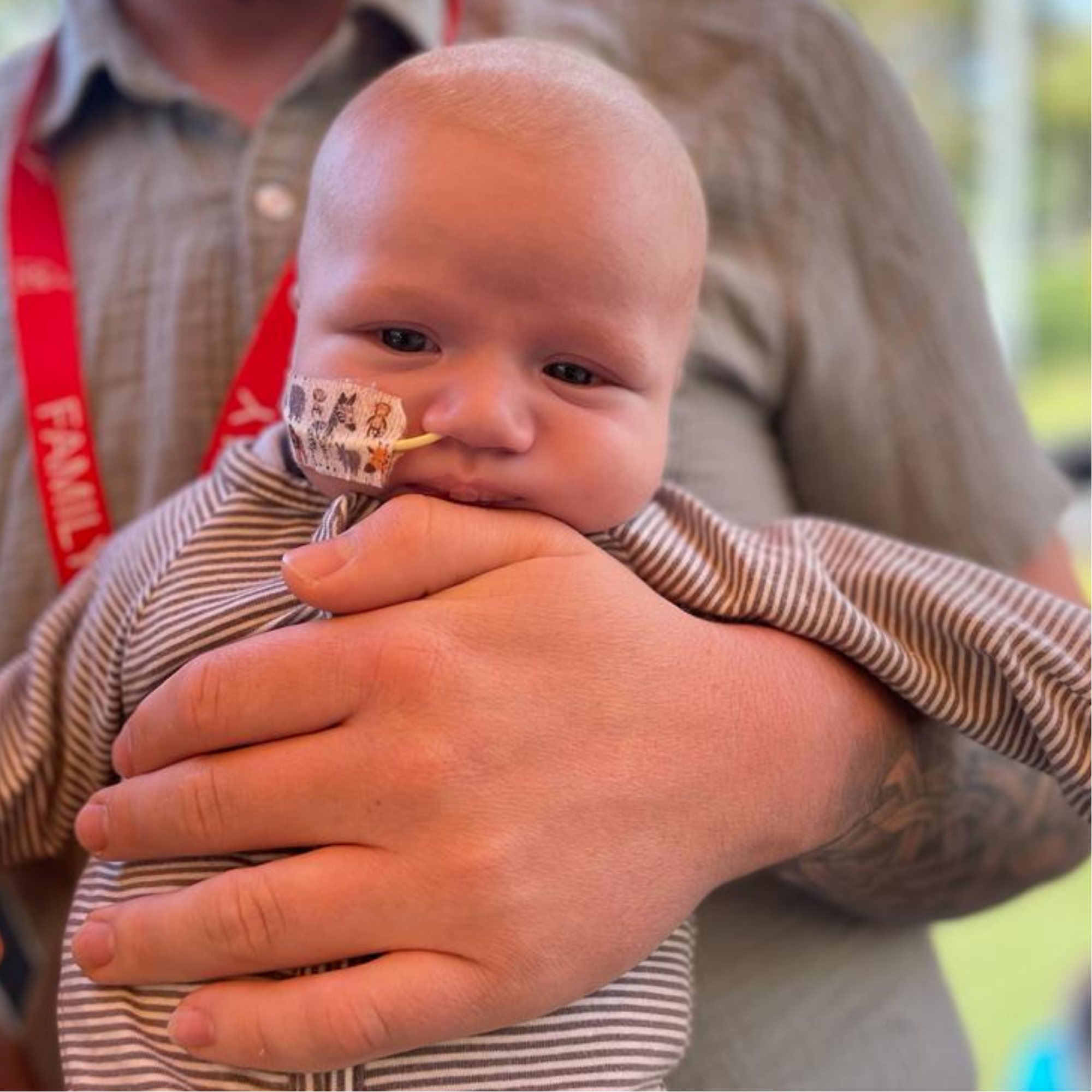 When Luca was born on 8th February 2022 his parents, Corey and Deanne were ecstatic, but those feelings returned with fear as his cardiac complications become clear. They were told Luca needed 2 major surgeries immediately and a third one when he turns 4 to repair his heart.

The news was overwhelming as a couple, and they needed to leave their home in South Australia for Luca’s treatment in Melbourne.

“We would never have been able to make ends meet if it weren’t for Ronald McDonald House Parkville. I was going to have to give up my job at home and find something in Melbourne instead.

“The House is more than just a bed; it offers a safe and comfortable place to be at a time of real need. We are just so grateful to have these facilities.” Corey, Luca's dad.

Ronald McDonald Houses gives seriously ill children the best gift of all – their families. Our warm and supportive home-away-from-home provides the whole family with a comfortable place to stay and peace of mind, knowing they can stay together and close to their child’s hospital.

Ronald McDonald House North Fitzroy located at the historic Casa Elda Vaccari (a former light rail substation) caters to the growing need for regional, rural and interstate families to have access to safe and reliable accommodation in central Melbourne while their child undergoes treatment in the city. Retaining lots of its original character, our House has been converted into a purpose-built accommodation facility for up to 25 families a night.

In the past year alone, over 2,000 families from regional and rural Australia stayed at Ronald McDonald House in Victoria & Tasmania. Allowing parents and carers to focus on what is most important, the health of their child.